The Heart of Ivory Coast 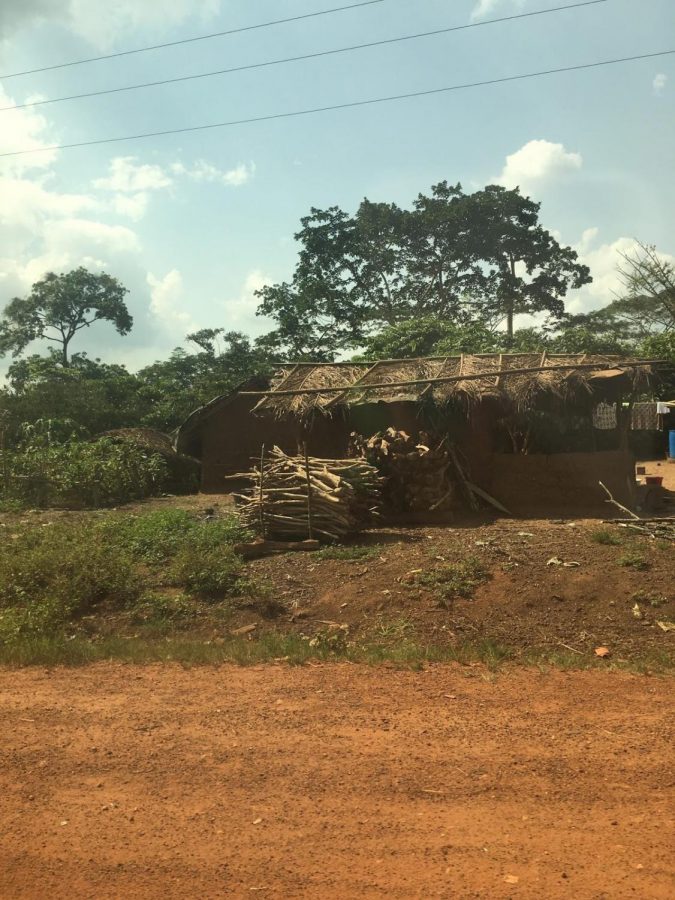 In 2020, I had the opportunity of visiting my family in Ivory Coast. There, I met my grandfather’s best friend and he shared his story of achieving his dream with me. It all started, many years ago, with him standing outside, looking at a house because he thought it was beautiful. The owner of the house invited him in and offered him food and money, yet he didn’t accept either. Years later, he would become a director of a gas company and have a house that was just as beautiful as the one he had seen.

Located in West Africa, Ivory Coast is one of the many African countries that was colonized by France because it had natural resources like cocoa, coffee, diamonds, gold, and cotton. As a result, Ivory Coast’s first language is French, but most people also speak a second, native language, including, Baoule, Senoufo, Yaconba, Agni, Attie, Guere, Bete, Dioula, Abe, Mahou, Wobe, Lobi, and more than 60 others. Despite being colonized, Ivory Coast is a very diverse nation, with people of European, Lebanese, Nigerian, Chinese, Beninois (from Benin), Indian, Malian, Burkinabe (From Burkina Faso), and Ghanian descent. The colonization of Ivory Coast  not only affected its language and ethnic makeup, but also forced the country to suffer the repercussions of poverty and corruption after getting its independence on August 7, 1960.

This has been the fourth time I have travelled to Ivory Coast. However, each time I go, I learn more of the country’s history. As an American, with roots in Ivory Coast, I see both the good and bad parts. I have been an eyewitness to the corruption within the country. However, I can see the root of that corruption which has derived from the repercussions of the French colonization. I have seen those born in poverty. I have also seen those born with the access to anything they would like.

On a typical day in a village, I see an Ivorian child waking up to the sound of cooking. Or perhaps that child would be sent to go buy bread for their family for breakfast. Another scenario could be that same child walking to school without shoes and then coming home to fill a bucket of water to take a shower with. Or, that same child might not go to school at all and instead support their family by selling snacks and water on the road. Not every child even has access to clean water. Their lives are not easy in a country that was taken from them before they were even born.

Just down the road, however, exists a world drastically different from the one I just described. Many Europeans, Lebanese, Chinese, Indians, and other Ivorians living in upper middle class areas like Cocody, Riviera and Treicheville are free from the poverty that grips much of the nation. Here, I see a child who wakes up to the sound of cars beeping at one another. Then, I see that same child putting on their shoes before going to either a public or private school and later coming home to a house that has three to four bedrooms and a dinner table where that child can have both dinner and dessert.

The reason why I speak about poverty and corruption is because there are drastic social and economic inequalities within the country. This is unfortunately due to the country’s history of foreign influence and the exploitation of the Ivorian people. Alassane Ouattara, a leader for the Republican party, has been the president of Ivory Coast since 2010. Despite the Ivorian government following the same presidential system as the US, Ouattara has been in control of the country for more than two terms. A primary example of corruption, Ouattara is not from Ivory Coast but was instead born in Burkina Faso. After his mother died, Ouattara’s father married a woman from Ivory Coast and thus, Ouattarra forged his papers which stated that he was born in Ivory Coast. Now, the question you might ask yourself is: Why would he go this far to become an Ivorian? Greedy for more power, and the money that comes with it, Outtara saw this opportunity to use his step mother’s nationality to gain influence as an Ivorian politician.

Now, let me take you back in time. Ouattara got his start when the previous president, Félix Houphouët-Boigny, appointed him to chair a special commission on economic recovery when he was a governor at the Central Bank of West African States (BCEAO). This appointment gave Ouattara more of an opportunity to obtain a title in a country where he knew people didn’t know him and were willing to take a chance on a newcomer to the political scene.

In 2010, the Ivory Coast election marked who would become the next president. The candidates were Alassane Ouattara and Laurent Gbagbo, a former president who had run two terms. A leader from the Republican party versus a leader representing the Ivorian Popular front (Democrat). The polls indicated that Gbagbo would be the next president. However, Ouattrara didn’t approve. In fact, he denied the polls just like what we saw in our most recent Presidential Election. Chaos flooded the streets of Ivory Coast because people wanted Gbagbo to be the president. Little did they know that Ouattara was already creating more chaos as he gathered  people from his birthplace and trained them to form his own personal military.

As a result, Ouattara’s forces formed a coup d’etat on the citizens of Ivory Coast. Ouattara’s overthrow killed many innocent people including my four uncles because my grandfather, a former police officer, was a supporter of Gbagbo who never recovered from this tragedy until the day he passed away on November 1st, 2020. Ouattara’s forces only grew when French president, Nick Sarkozy sent his troops, in order to help Ouattara forcefully win the favor of the Ivorian people. Leaders such as French President Nick Sarkozy and even U.S. president Barack Obama were the primary reason why Ouattara won the election because they supported him. Here is another question you might ask yourself: If the Ivory Coast gained its independence from the French why are other world powers still involved in the country’s affairs?

Corruption is one of the greatest evils in the world. It is what causes humans to commit heinous crimes. Alassane Ouattara represents the heart of darkness in Ivory Coast. He has taken countless lives, many of which are not reported. He has ruined the lives of so many Ivorians including former president Laurent Gbagbo and his wife, who both served time for crimes they did not commit and in 2021 were found not guilty and released.

From the outside, we seem to see Ivory Coast only as a place of tragedy and hardship. Yet, from the inside, the place of my family history is just like every other country. Despite the continuation of corruption, many people, like my grandfather’s best friend, have found the light within the darkness. So here is one final question you should ask yourself: How do you fight the darkness in your world?

The information in this article was compiled from: